The Miami Dolphins’ Ryan Fitzpatrick threw three touchdowns on Sunday, bringing his winless team to victory over former coach Adam Gase and the New York Jets with a score of 26-18 at Hard Rock Stadium.

The victory is the first for head coach Brian Flores, who succeeded Gase in that role. The win is the first for the Dolphins since their win over Flores’ former team in Week 14 of last season, ending a 10-game losing streak.

“It wasn’t a perfect game, but we played well enough to win, and that’s all that manners,” Flores said. 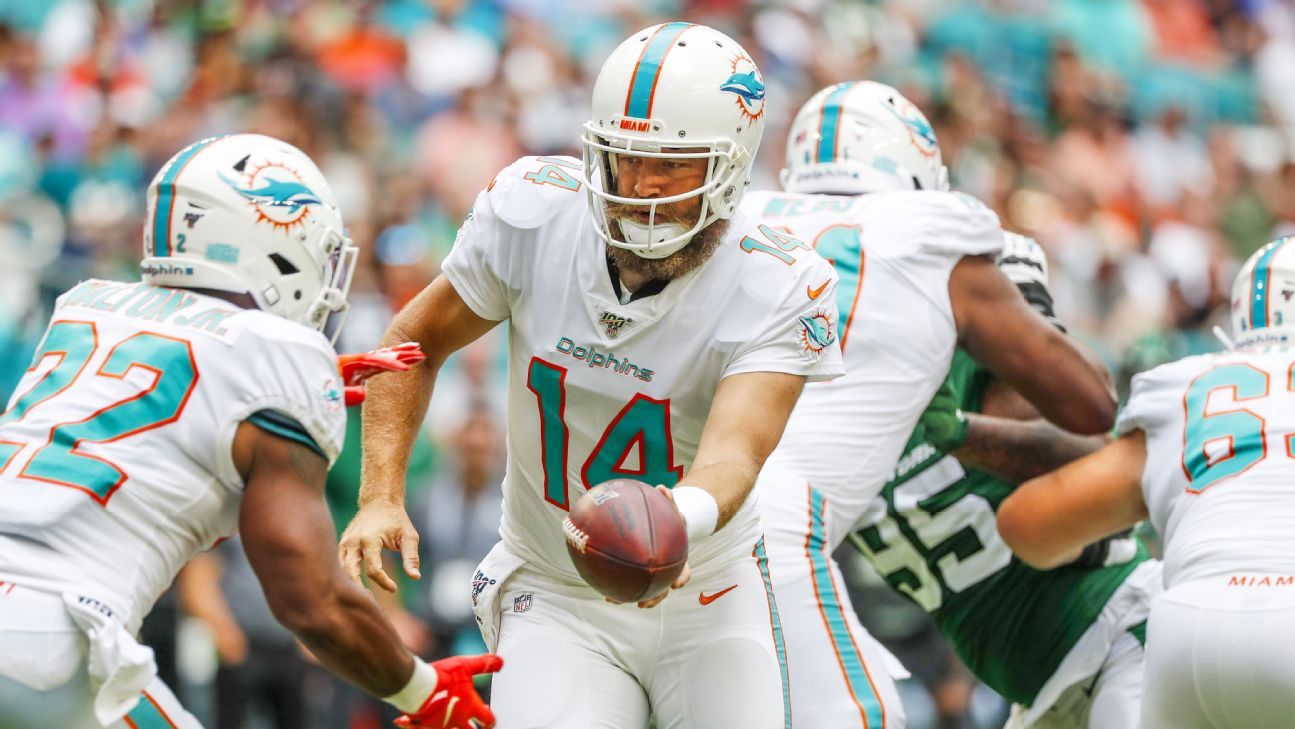 Via www.espn.com
Ryan Fitzpatrick threw for three touchdown passes as the Dolphins defeated the Jets and former…
11/03/2019 4:34 PM